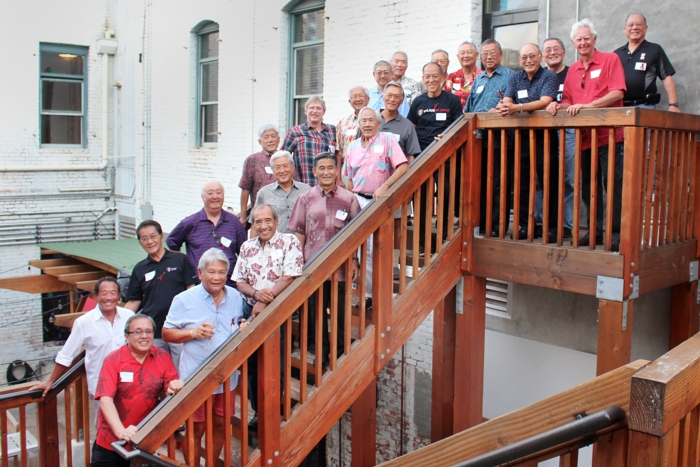 The Class of ‘62 held their 55th Reunion celebration at Fête Restaurant in Downtown Honolulu. The restaurant is owned by Robynne Maii (‘92) and her husband, Chuck Bussler. Robynne is the daughter of Jenny & Alan Maii (‘62).

The restaurant closed to accommodate the 47 in attendance…

The evening started at 3:00 rpm, with pupus and an open bar. Live music was provided by Dennis Ching & the Renditions. What an “oldies” repertoire! Plus all-familiar Iolani “fight-songs”.

The ladies were presented with a lei upon arrival, by Jimmy & Mark.

welcomed everyone and explained the format for the evening.

He then introduced Ret. Pastor, Eddie Asato of Grace Bible Church in Wailuku, Maui, who officiated the in-Memoriam. He was assisted by Nathan Wong, Leighton Liu, Dickie Lau & Walt Muraoka.

Following the roll call of fallen classmates, by Walt, Eddie gave thanks for the evening & blessed the food.  A family-style dinner was served:

The conclusion of dinner and program  was at 8:00pm

The bar remained open until the restaurant closed at 9:00pm

A  memorabilia was given to each classmate, to commemorate the celebration. 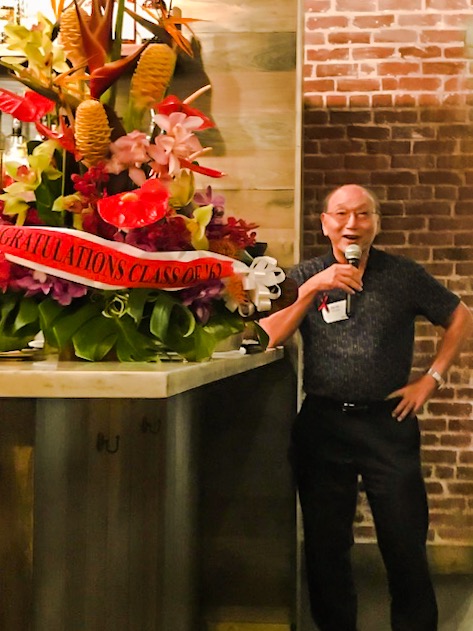 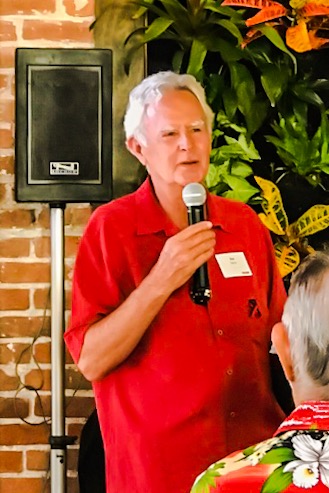